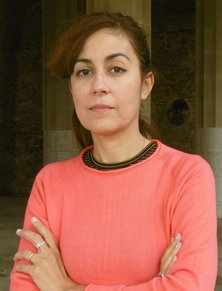 Ariane Varela Braga is SNSF research assistant at the University of Zürich. She studied at the University of Geneva and obtained her PhD (summa cum laude) at the University of Neuchâtel in 2013 with a dissertation on Owen Jones’s Grammar of Ornament(published by Campisano Editore in 2017). She has been a scholarly member of the Swiss Institute in Rome and a lecturer at John Cabot University. She is the co-founder of the Rome Art History Network and the Visual Studies-Rome Network. Her interests focus on the theory of ornamentation, the reception of non-Western art and the transfers of decorative and architectural models in the 19th century. She is the co-editor of volumes on architectural Orientalism, on the use of colored marbles in sculpture and the decorative arts and editor of a volume on the theory of ornament. 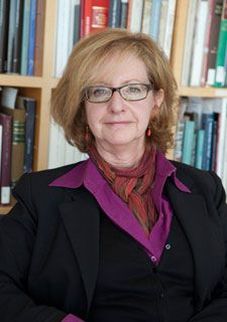 ​Gail Feigenbaum is associate director of the Getty Research Institute. A scholar of early-modern European Art, she received her BA at Oberlin College and her doctorate in art history at Princeton University. She has held numerous awards including the Rome Prize at the American Academy.  Before joining the Getty, she worked at the National Gallery of Art, at the Center for Advanced Study in the Visual Arts, and at the New Orleans Museum of Art. Among the exhibitions she has curated are Ludovico Carracci, (Bologna and Fort Worth); Degas and New Orleans: A French Impressionist in America, (New Orleans and Ordrupgaard), Jefferson’s America and Napoleon’s France: An Exhibition for the Bicentennial of the Lousiana Purchase, NOMA, and Annibale Carracci Drawings at the National Gallery of Art.  She has published extensively on the Carracci, Caravaggio and 17th century French painting, and  she edited three recent books on collecting Italian art, provenance, and display of art in Roman palaces. She is currently directing a research project on America and the international art market 1880-1930.